How to Do Ozone Ear Insufflations 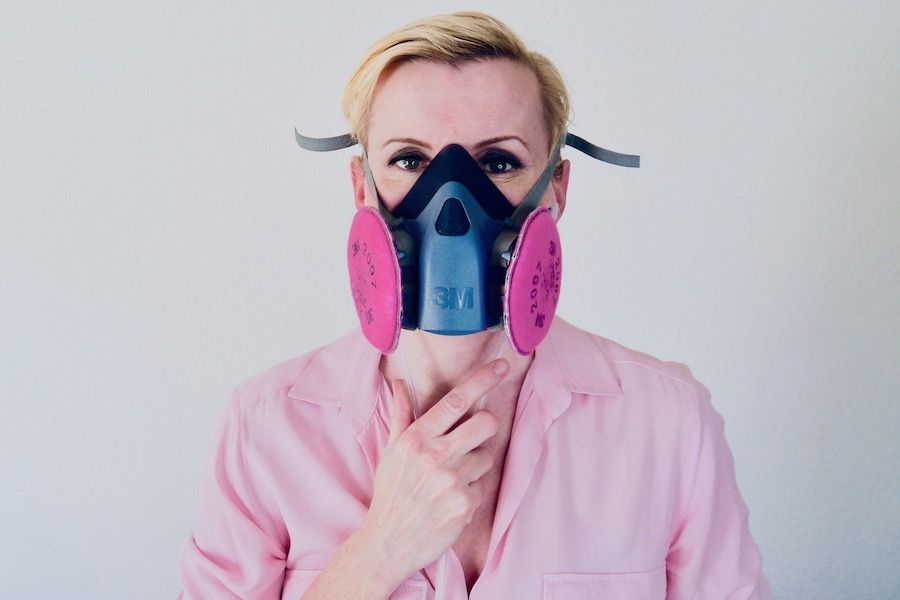 Ozone ear insufflations are a type of treatment during which ozone gas is infused at a low flow and at a low concentration into the ears.

It’s assumed that during the treatment the ozone byproducts penetrate the ears and the sinuses. From there they could potentially travel further and seem to have a positive impact even on the central nervous system.

Ozone ear insufflations also appear to have an advantageous effect on infections, as well as the cognitive, and emotional well-being.

Ear insufflations can be performed either with a trap, a humidifier, or with a syringe.

Here I will show how to do ear insufflations with ozone using a trap. The trap serves to muzzle the noise of the generator. Forgoing the trap could lead to permanent tinnitus.

Keep in mind that ear insufflations come with considerable risks. Inform yourself about them by watching this video first.

Which ozone equipment do you need to do ozone ear insufflations?

Scroll down to find links to the equipment I used in the pictures.

How to do ozone ear insufflations

first few weeks: 1 to 2 minutes, gradually and very slowly increase to up to 20 min 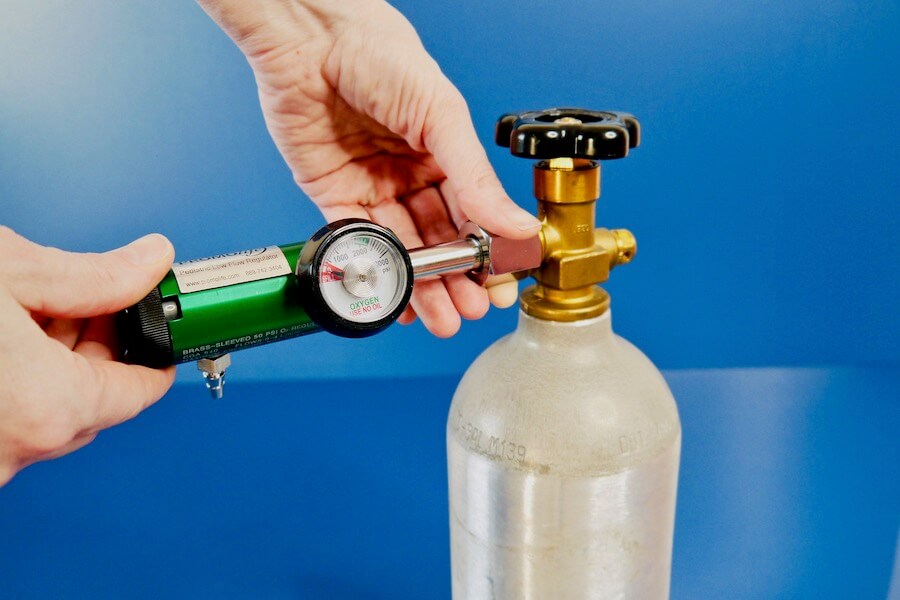 2. Take a piece of tubing and connect one end to the regulator.

3. Take a luer lock connector and push it into the other end of the silicone tubing.

4. Screw the end with the luer lock onto the “oxygen in” port of the ozone generator. 5. Take another piece of silicone tubing, and another luer lock connector and connect them in the same fashion as in the previous step. Screw the tubing onto the “ozone out” port of the ozone generator. 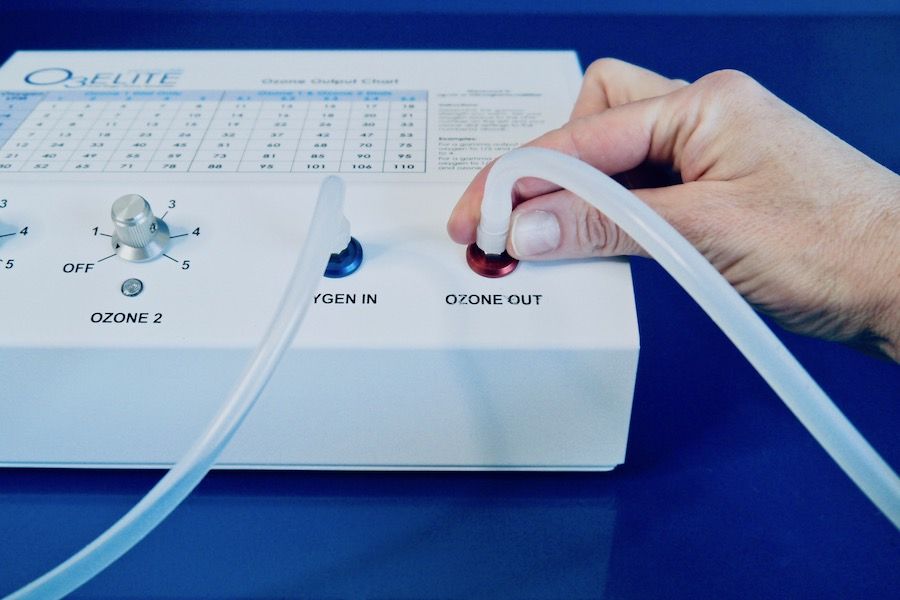 6. Take the other end of the silicone tubing and push a female luer lock connector inside.

7. Connect that end of the silicone tubing with the inlet of the trap. 8. Connect the earscopes with the outlet of the trap. 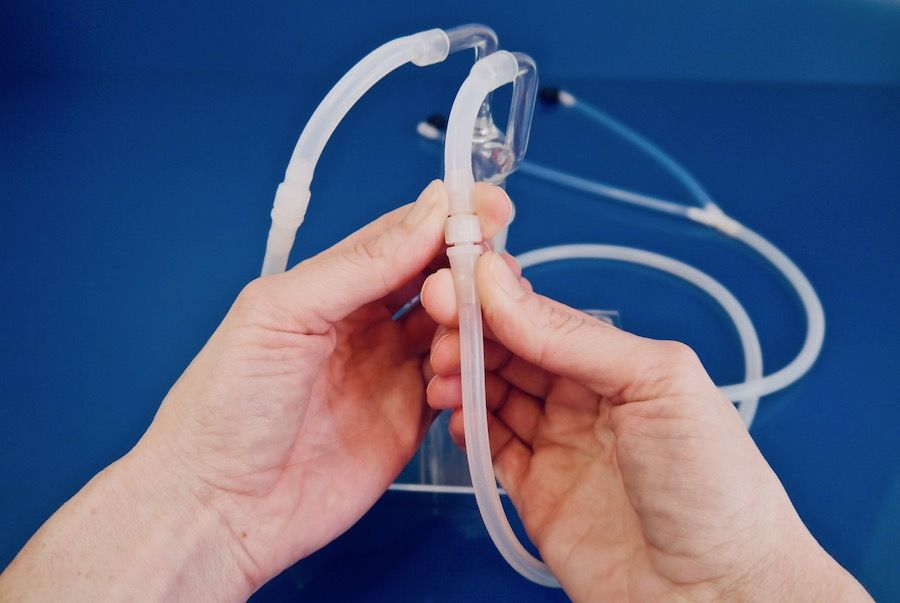 9. Connect the ozone generator to the power supply. 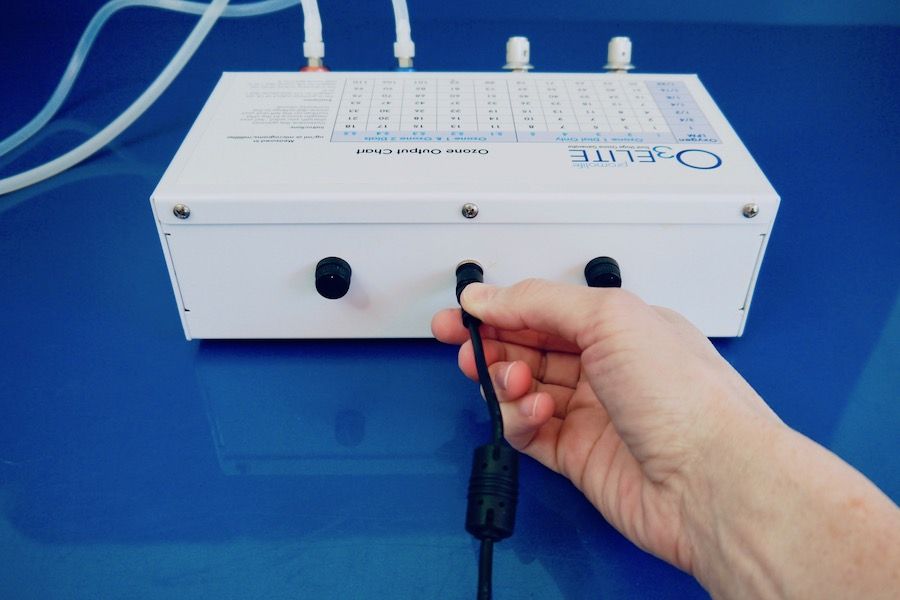 10. Put the mask on. Alternatively, you can also place a fan in front of you. I prefer wearing a mask. 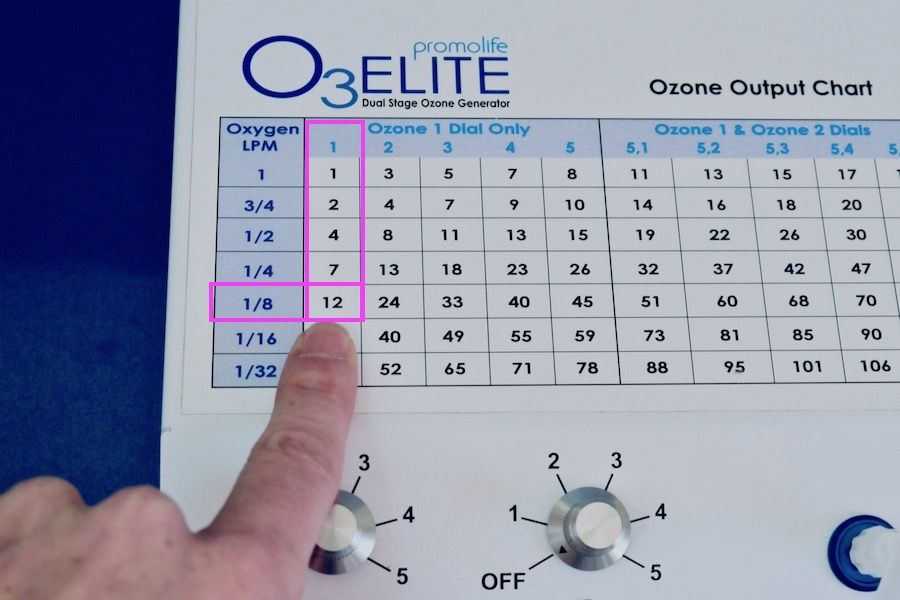 12. Open the valve of the oxygen tank. Half a turn is enough. Watch the gauge on the regulator jump up and check if you still have enough oxygen. 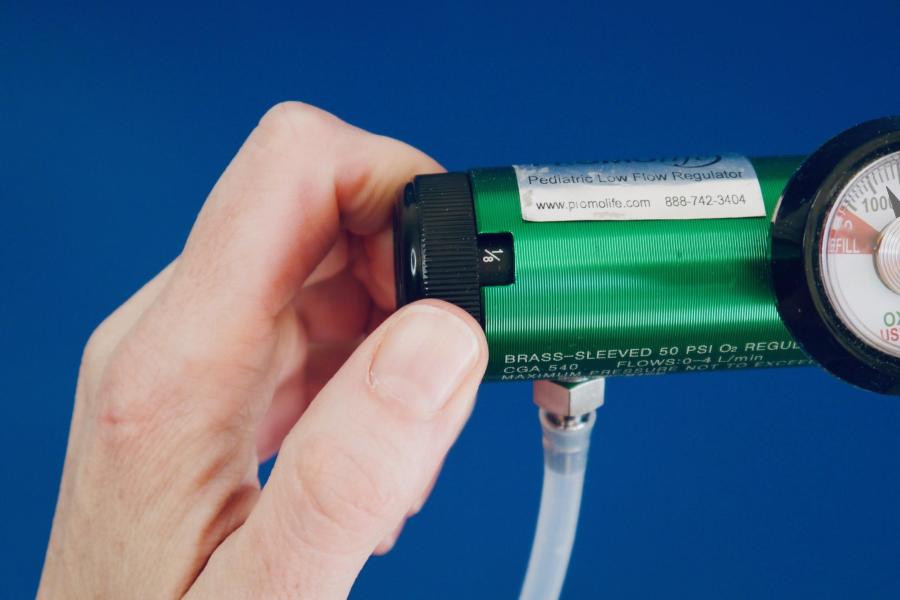 14. Set the first dial on 1. The second dial remains off. 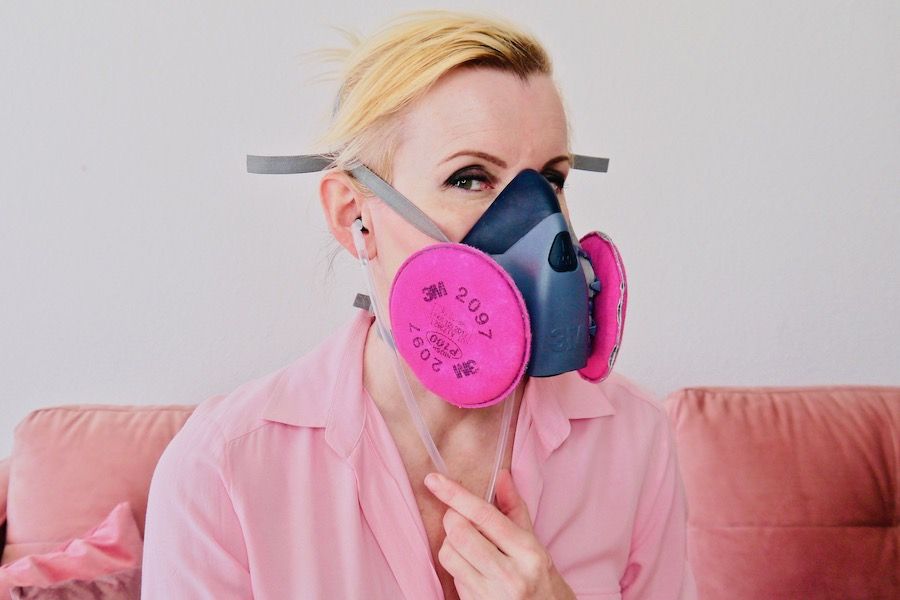 16. Lean back and relax. I suggest to not do more than a few minutes three times a week in the beginning. And: make sure your hair looks as disheveled as mine ;-). 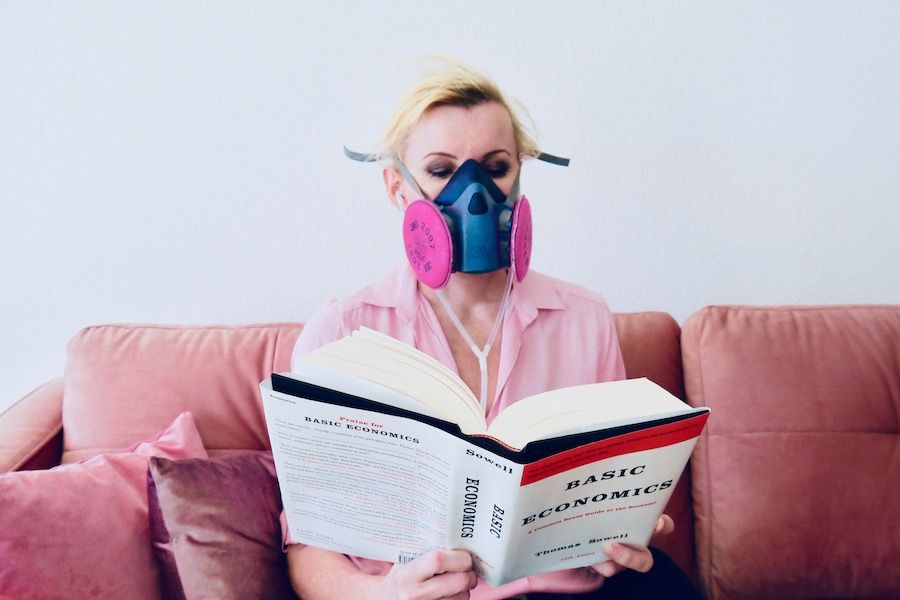 17. When you’re done, turn the ozone generator off. 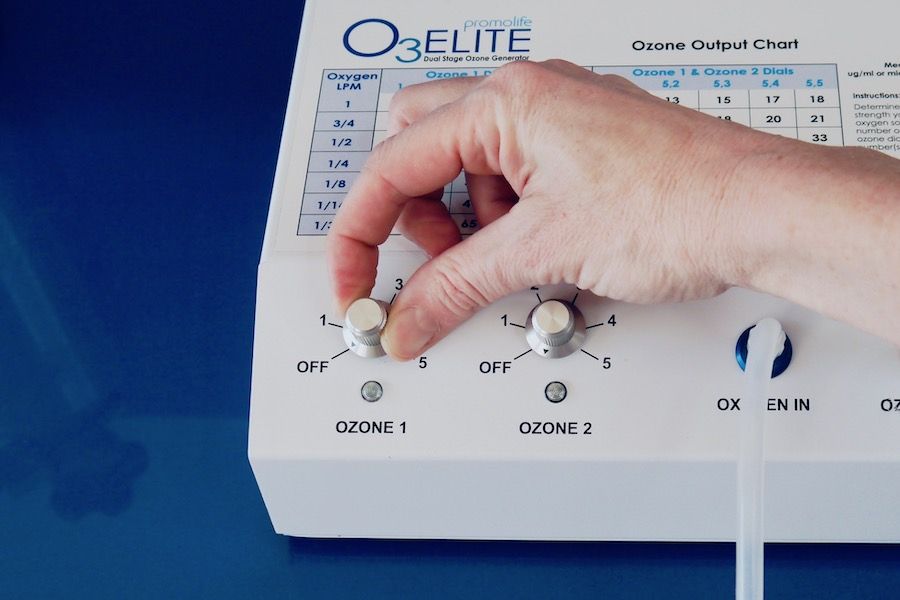 19. Open the regulator all the way up to release the pressure. Watch the gauge going down to zero. 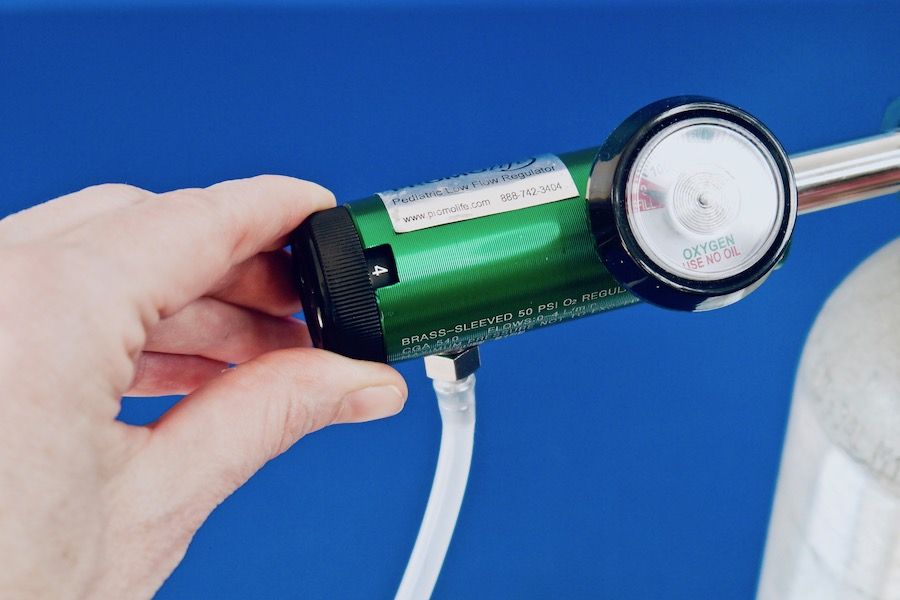 20. Close the regulator by setting it to zero. Good job! You’re done!

This is what I used in the pictures above:

What are ear ozone insufflations used for?

Ear insufflations can be used for:

Risks of and contraindications for ozone ear insufflations 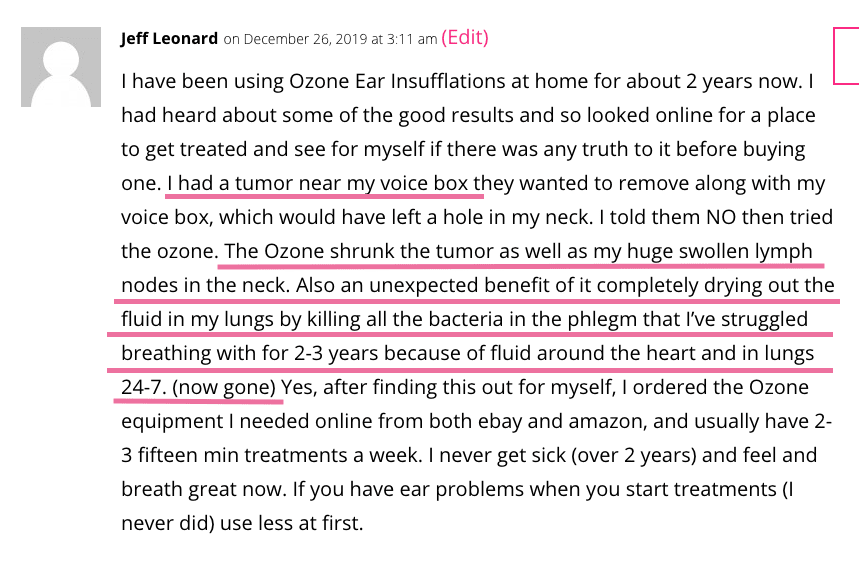 Link to the original posting here.

Ear insufflations can be a potent ozone treatment. They can lift the mood, resolve brain fog, improve ability to concentrate and to think and much more, see the testimonial above. But they come with considerable risks.

The pain which can develop after performing ear insufflations is one of the most excruciating experiences one can go through. Everyone I know who has experienced it and allowed it to escalate, ended up in the emergency room, or in the doctor’s office, or lying on the floor in the fetal position screaming. The experience can be borderline traumatizing. I estimate that 9 out of 10 people who do ozone ear insufflations are at risk of developing the pain, if they are not careful.

I believe that it’s of utmost importance to do the ear insufflations very very slowly. In the beginning use ozone concentrations in the single digits and only for a few minutes and not more than 2 to 3 times a week. If everything goes fine for 2 to 3 weeks, increase very slowly the ozone concentration and the frequency of treatments until you arrive at maximum 20 min a day. Ideal oxygen flows are 1/16 to 1/8 LPM.

A better, and safer option may be to do the ear insufflations manually, using a syringe instead of doing them directly from the ozone generator.

How to Protect Yourself from Breathing Ozone