The Great Antioxidant Scam: Part 2, The Word Is Out! 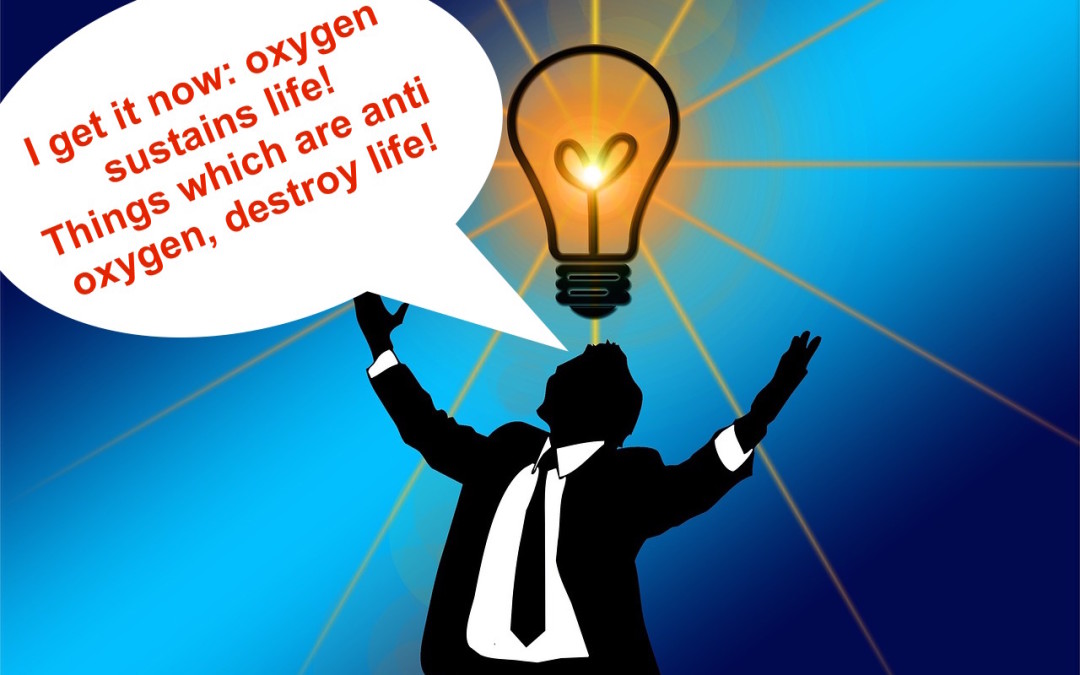 Has my announced series about “busting the antioxidant scam” already run its course before it even started? Given the more and more frequent articles and books about the dangers of antioxidants, it might indeed seem so. What follows is a short review of reports published in the last years in both mainstream as well as more independent internet media, which all look at the current antioxidant fad very critically: Most recently, in March 2014, naturalnews.com has come out with an article saying

“Treatment with beta carotene, vitamin A, and vitamin E may increase mortality”

“With these statistics in mind, you might be surprised (or even shocked) to learn that clinical trials have shown that most of these supplements not only don’t work as intended, they actually make things worse.”

Ouch! Then we have the  The Guardian, a widely read news outlet. They write in an article from 2013 titled “The antioxidant myth is too easy to swallow”:

“Large studies have repeatedly shown that,with the possible exception of vitamin D, antioxidant supplements have negligible positive effect on healthy people, at least in terms of important things such as preventing people getting cancer or dying prematurely. And some supplements – notably vitamins A, E and beta-carotene – even seem to slightly raise the risk of disease and early death.”

Interestingly, this article is based on a 3 part series from 2009 by Cancer Research UK’s Henry Scowcroft about how “their [the antioxidants’] cancer prevention effects are at best, relatively small. And at worst, some can actually do harm.” The British seem to be among the most skeptical about the antioxidant mania. Even the tabloid The Daily Mail proclaims in 2012:

“Ignore all that hype about antioxidant supplements: Why daily vitamin pills can INCREASE your risk of disease”

Citing two nutritionists, Aidan Goggins and Glen Matten (one of them also a pharmacist), the Daily Mail produces a most damning article:

“A worrying body of research now shows the antioxidant pills you’re taking to protect your health may, in fact, be increasing your risk of disease, and even premature death.

In the UK alone, we spend more than £300 million on supplements every year

One early study from 1994 found regularly taking beta carotene supplements (a 20 mg pill) increased the risk of death from lung cancer by 8 per cent. A 2002 study found large doses of vitamin C (1g) and E (800 iu — the unit by which some vitamins are measured) almost trebled the risk of premature death among postmenopausal women.

And a U.S. study last year found vitamin E supplements (dose of 150 iu) increased the risk of prostate cancer by 17 per cent, with the risk of death increasing as the dose got larger.”

It goes on by saying:

“In fact, they say, these pills [antioxidants] can be positively unhealthy.”

“It is clear that it is no longer science but market forces that are driving the macabre antioxidant industry.”

The two authors of “The Health Delusion” also go into the genesis of the Antioxidants Scam and explain that, not surprisingly, it was observational studies which were responsible for the medical nonsense. Observational studies cannot, by definition, establish a causative relationship. They are good to postulate correlations – but not cause and effect. Once interventional studies were performed (to test the hypothesized cause and effect between antioxidants and health), the erroneous nature of the antioxidant theory became apparent quickly:

“(…)the studies extolling the virtues of vitamin pills were largely ‘observational’.

This means they reported what appeared to happen to groups of people taking vitamins.

However, subsequent ‘intervention studies’ (that is, more rigorous clinical trials  involving placebo groups) have failed to show such dramatic results.

‘Not only did the intervention studies show no positive effects from antioxidant supplementation, but also a worrying trend of increased harmful effects was emerging,’ they say.

‘The omens weren’t good. Cancer, heart disease and mortality — the very things antioxidants were supposed to protect us against — were increased in those who supplemented their diet.’”

One can’t really make it any clearer than that. A highly recommended and succinct read. Continuing with the British theme, already in 2004 the BBC wrote “Doubt cast on free radical theory” and cites Dr. Tony Segal from the University College London:

“Many patients might be using expensive antioxidant drugs based upon completely invalid theories as to their therapeutic potential.

All the theories relating to their causation of disease by oxygen free radicals, and the therapeutic value of antioxidants must, at the very least, be re-evaluated.”

Saving the best for last: the new book (which I haven’t read yet) by oxygen crusader par excellence, Prof Randolph M Howes MD, PhD called “Reactive Oxygen Species vs. Antioxidants: The Oxypocalypse or The War That Never Was”. The synopsis alone gives a beautiful smack down of the popular antioxidant crapola:

“Recommended use of antioxidant vitamins to treat varied medical maladies is based on the invalidated free radical theory. The continued non-acceptance of the null findings of over 500 clinical trials on vitamin and antioxidant supplements has no scientific basis or biochemical plausibility. The underlying principles of the free radical theory have been proven to have repeated unreliability. It fails to meet the requirements of the scientific method and lacks reproducibility. Yet, the multi-billion dollar antioxidant supplement industry continues to thrive and trumpet false claims for their potentially harmful products. No doubt, excessive intake of antioxidant vitamins results in increased risk of heart disease, cancer, strokes and overall mortality. A working knowledge of redox chemistry is essential to understanding the hundreds of failed trials testing the efficacy of antioxidant supplements and antioxidant vitamins. Normal redox homeostasis may be pathologically disturbed by overzealous use of antioxidants. My UTOPIA and ROS insufficiency theories present a new perspective more correctly informed by the most contemporaneous experimental findings and by the most reliable clinical trials and studies. In short, electronically modified oxygen derivatives (EMODs) are essential for human existence and protection. An EMOD insufficiency “allows” for the development of a multitude of disease entities, including infections, non-healing wounds, infertility, tumor development, arteriosclerotic blockages, and cancer growth and metastasis. There never has been a “war” between EMODs and antioxidants.”