What can go wrong during a 10 Pass? 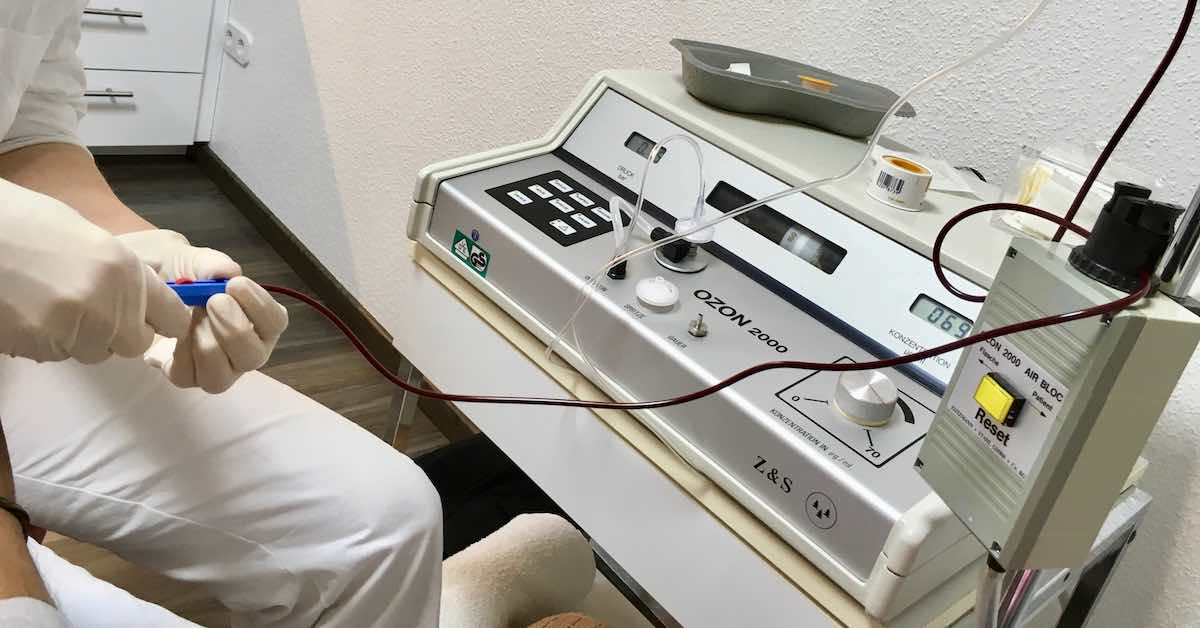 Recently, somebody asked me a great question:

“My mother is considering having a 10 Pass, and she's concerned about everything that could possibly go wrong. Could you list all the thing that could go awry during the treatment?”

Sure thing! I think informing yourself about the risks of any medical intervention before jumping in is one of the most sensible things one can do, and understanding possible complications during a 10 pass is no exception.

What is the 10 Pass method?

The 10 pass high dose method is an intravenous ozone treatment developed by Austrian gynecologist and surgeon Dr. Johann Lahodny. It consists of extracting 200 ml of blood with the help of a vacuum, mixing it with 20,000 units of heparin and with 200 ml of ozone/oxygen at a concentration of 70 mcg/ml, and re-infusing it back into the patient. The re-infusion happens hyperbarically, which means that it takes place under a small amount of positive pressure of less than 1 bar. This is repeated ten times in a continuous process which lasts between one to two hours. During that time, an unprecedented 140,000 mcg of ozone are used to treat the patient's blood.

Due to the 10-fold repetition it is called the “10 Pass”. Dr. Lahondy prefers to call it the Lahodny I method.

Rising Popularity of the 10 Pass Method

The 10 pass method is gaining in popularity worldwide. It seems to have especially caught the imagination and business acumen of US doctors. Unfortunately, due to the novelty of the procedure and the fact that many doctors are not experienced in the use of heparin, patients are often not prepared for the possible complications of this treatment.

The procedure often yields surprising results in chronic conditions which years of various other treatments weren't able to accomplish.

Yet, it appears that it does not completely live up to the hype which has sprung up around it. Not only does it not reliably deliver the near miraculous results Dr. Lahodny promises, it also has a number of side effects which everyone should be aware of before undergoing the procedure.

The 10 Pass as a Hyperbaric Treatment

The 10 pass is a relatively safe procedure. It is a hyperbaric ozone treatment, which means that the blood is re-infused into the vein using a slight positive pressure of up to 0.8 bar. In order to be able to accomplish this, a special hyperbaric ozone machine is needed.

The world leaders in the engineering and manufacturing of hyperbaric ozone machines are the two German companies Herrmann Apparatebau and Zotzmann & Stahl.

About 40 years ago during the early development of the hyperbaric machines, one or two fatalities occurred. The deaths led to the implementation of certain safety mechanisms into the modern generators which, if operated by properly trained staff, make such accidents impossible nowadays.

Apart from those tragic learning stages — which had nothing to do with the 10 pass method and which occurred decades before Dr. Lahodny came upon the scene — there are no known cases of death during hyperbaric ozone treatments.

Compared to conventional medicine, which in the US alone is responsible for up to 400,000 fatalities yearly, the 10 pass is an exceptionally safe method.

Like any medical intervention, conventional or alternative, the 10 pass ozone treatment method is not completely risk-free. There are certain side effects which can occur during or after a 10 pass which every patient should be informed about before undergoing the treatment.

Common side effects during a 10 pass can be divided into 2 different groups: 1) the side effects which are due to heparin, a prescription drug; and 2) side effects due to the ozone itself, or due to other non-heparin related aspects. 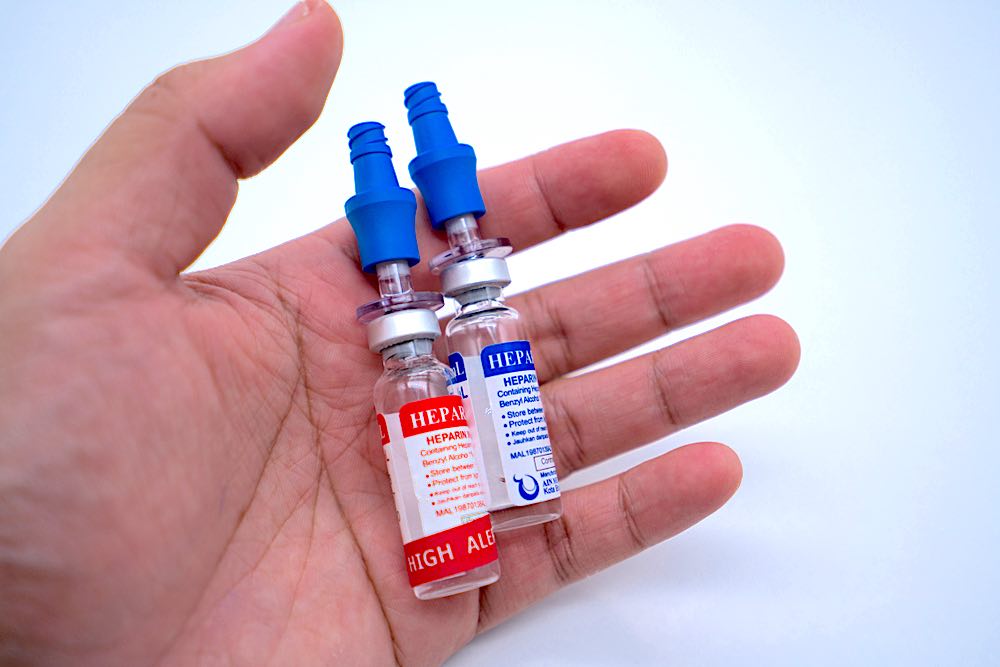 The 10 Pass method requires the administration of 20,000 units of heparin.

1) Heparin-Related Side Effects or Complications

The 10 Pass method cannot be performed without an anticoagulant. An anticoagulant is a substance which ensures that the blood stays liquid once it is removed from the human body. The preferred blood thinner during the 10 Pass is heparin.

Heparin is considered a relatively safe prescription drug. Dr. Lahodny even ascribes a therapeutical effect to it.

In the past, there were reports of fatalities after heparin administration. Those cases had nothing to do with the 10 pass; it appears the problem was due to a lack of inspections of the Chinese facilities where most heparin is produced.

Now, it seems, stricter regulations have been implemented and serious side effects are less common, but still not impossible. Uncontrolled bleeding is still mentioned as a possible serious side-effect in the heparin literature.

Everyone considering the 10 pass should also be aware of the following possible scenario: If a heparinized patient becomes involved in a major physical trauma like for example a car accident after leaving the doctor’s office, the patient could experience uncontrolled bleeding.

For that reason, Dr. Lahodny instructs practitioners to put wrist bands on 10 pass patients before they leave the practice. The band shows the time and amount of the administered heparin. In the case of an accident, the paramedic can apply heparinase based on the information on the wrist band. Heparinase is an enzyme which neutralizes the effect of heparin and is able to stop the bleeding.

Whether this precaution will be able to save a patient in a real life scenario depends on how quickly the ambulance can arrive. So far there are no known cases of patients having become involved in accidents after receiving a 10 pass.

Heparin has a half life of around one to two hours. After max 24 hours it should be completely washed out of the system.

Common Side effects which have been observed after 10 passes include, but are not limited to:

For a complete list of known side effects to heparin, please read here. I highly recommend making yourself familiar with heparin side-effects prior to a 10 pass course.

Note: Many of these symptoms can also be observed after ozone applications which do not use heparin, like DIV, ozonated saline, or various insufflations. This results in the unfortunate situation that ozone doctors explain everything that a patient experiences after a 10 pass as an ozone induced detox reaction without being aware that heparin could be, and often is, the more likely culprit.

Lack of awareness about the side-effects of heparin on the doctor’s side can create a dangerous situation. If the observed negative response is indeed due to an allergic reaction to heparin, the use of heparin should be stopped immediately. Otherwise, the next 10 pass could cause a life-threatening event.

Heparin should not be administered if you

Interactions with other Drugs

Heparin can interact with a number of drugs. Your doctor should be informed if you take other blood thinners, Aspirin, NSAIDS, antihistamines, antithrombins, and a range of other drugs. Please, check this and this page for a complete list of drug interactions. 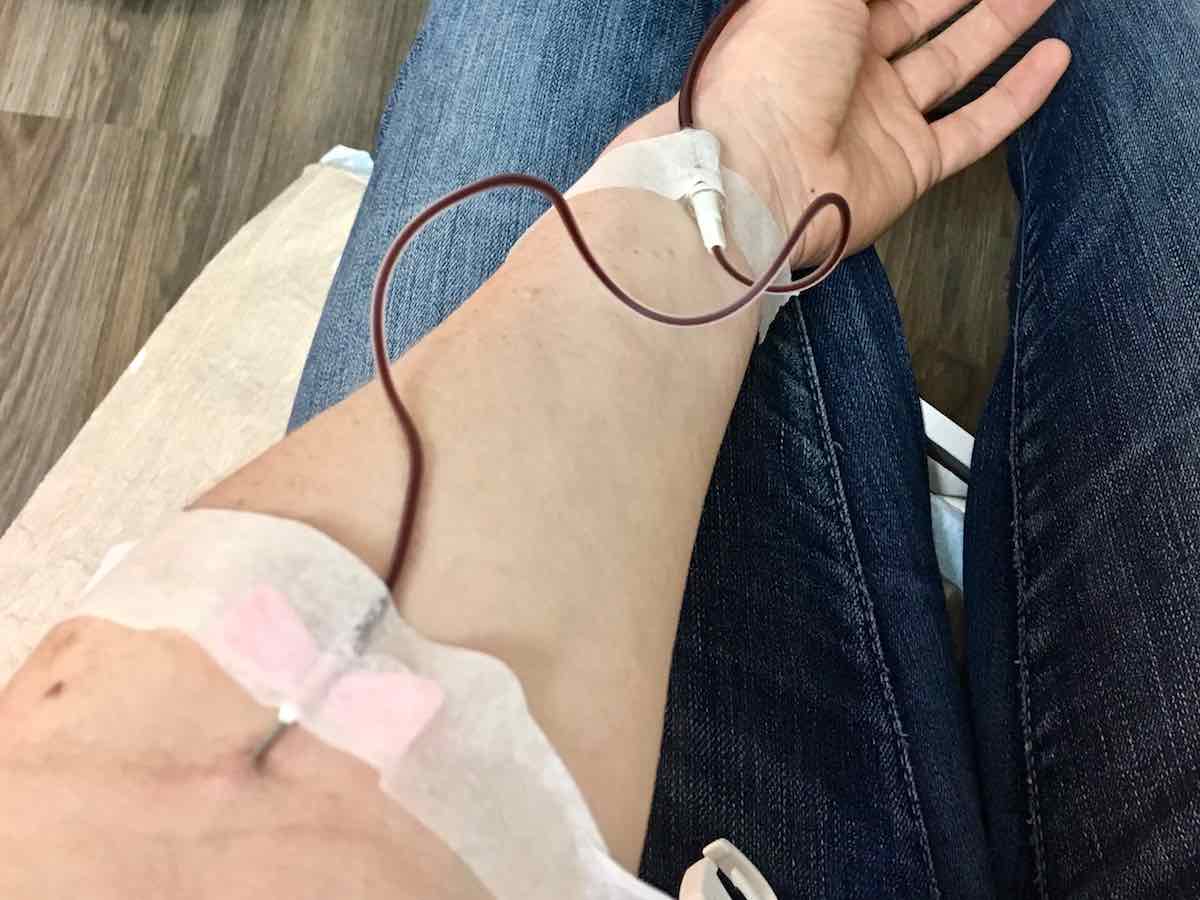 The big needle and pressure used during a 10 Pass treatment put a strain on veins.

2) Non-Heparin Related Side Effects or Complications

Ozone therapy including the 10 Pass is one of the safest medical interventions there are, but it is not completely risk free.

Before undergoing a 10 Pass familiarize yourself with the list of heparin side-effects, risks, contraindications, and interactions with other drugs. Do not count on your doctor being adequately informed. Study this page.

Be aware, that it is often impossible to tell whether what you are experiencing is a reaction to the heparin or an ozone induced detox reaction. Often, only time will tell.

Have you received a 10 Pass treatment? Did everything go well or did you experience problems? Let me know in the comments below.