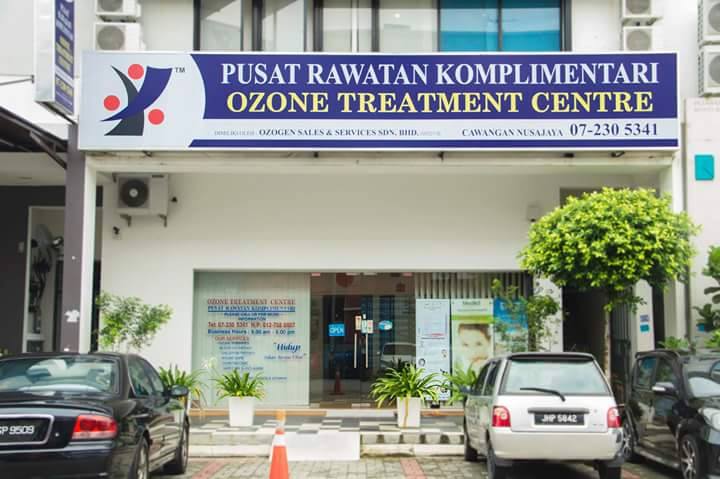 I have written in the past about RHP / EBOO ozone treatments and was very critical about them. The reason being that I had met people who had developed horrendous side effects while receiving the treatments. I attributed those side effects to Herxheimer reactions. Since then I have come across information which made me rethink that stance and in my opinion makes it more likely that what those people experienced was mostly due to the many glutathione IVs they had received simultaneously to the RHP ozone therapy. Glutathione given intravenously can mobilize and redistribute mercury. The patients I talked to who had traumatic experiences during the RHP sessions either had amalgam fillings at the time they were undergoing the therapy or had had amalgam filings in the past. It appears that without the glutathione and / or chelation IVs, RHP / EBOO is a relatively safe protocol. Below a brief description and explanation of the risks, you will find a list of 4 places in India, Malaysia, and Indonesia which offer the RHP / EBOO ozone therapy at a relatively low cost of around US$ 160 per treatment. Each treatment lasts around 60 to 90 minutes.

RHP stands for Recirculatory Hemoperfusion. EBOO stands for Extracorporeal Blood Oxygenation and Ozonation. They both describe the same thing:  a type of blood dialysis treatment during which blood is being continuously drawn from a patient, infused with around 60 to 90 cc of ozone, filtered and reinjected into the patient. One session lasts from 60 to 90 minutes.

The risks involved in RHP / EBOO ozone treatments are:

Taking blood out of the human body and running it through machineries and tubes can destroy red blood cells and can over time lead to anemia. Regular blood tests are recommended.

2. Bleeding due to anti-coagulants

Any procedure which requires blood to be drawn and re-infused requires an anti-coagulant, otherwise the blood will clot and make it impossible to be reinfused. The most common anticoagulant used with RHP / EBOO (and MAH = Major Autohemotherapy) is heparin. Heparin can lead to uncontrolled bleeding at any time and point during the therapy :

“Hemorrhage can occur at virtually any site in patients receiving heparin.”

Uncontrolled bleeding can happen with any anti-coagulant. An alternative to heparin is often sodium citrate.

3. Mercury redistribution due to glutathione IVs

This and the next point (Chelation IVs) are in my estimate by far the most serious risks but they actually have nothing to do with RHP itself. Glutathione IVs or chelation agents administered as an IV have a very high rate of adverse effects. They are often given as an adjunct to ozone therapy. The adverse effects are often mistaken for die-off reactions to the ozone. Glutathione (GSH) is one of the most potent anti-oxidants and is often (unnecessarily) given together with ozone therapy, because of the unfortunate belief among many ozone doctors that it will prevent possible oxidative damage. Many times it’s given in order to soften a Herxheimer reaction. Many, if not most, people who undergo RHP / EBOO therapy have a misdiagnosed mercury toxicity problem. In which case glutathione, contrary to many doctors and holistic practitioners’ claims, given as an IV can be highly detrimental since it can mobilize and redistribute mercury inside the body without escorting it out. Once mercury is mobilized it tends to settle in high affinity tissue like brains and adrenals, over time leading to a higher concentration of the toxic metal in those sensitive organs. Glutathione is NOT a chelator. Glutathione contains only one thiol group. A true mercury chelator has at least 2 thiol groups (di-thiols), like ALA, DMSA or DMPS. Some adverse effects reported after glutathione IVs are:

(Those are original reports from various online forums) In order to learn more about this highly underreported problem and how to chelate safely and effectively join the Andy Cutler Chelation Think Tank group on Facebook, read Andrew Cutler’s book “Amalgam Illness” or this website:

“True chelators are identified by the presence of two dithiol groups. Many health practitioners use compounds such as chlorella, cysteine, NAC and glutathione, which are not true chelators in the chemical sense, as they do not contain two or more binding groups (dithiol groups). Instead, they contain only one thiol group making them ineffectual chelators, with the capacity to simply move metals around, and cause more problems. These compounds can make matters worse by causing redistributing stored metals – by mobilizing them from their storage sites, but failing to bind and excrete them. This is like stirring up a hornets nest.”

4. Mercury redistribution due to chelation IVs:

Those include EDTA, DMPS, DMSA, or ALA given intravenously. DMPS, DMSA and ALA are dithiols which make them true chelators. Which means that in order to use them safely in a manner which will over time lessen a person’s mercury (or lead or arsenic) burden they HAVE to be taken in low oral dosages according to their half lifes for at least 72 consecutive hours (3 days and 3 nights).

The half life of ALA is 3 hours.

If taken in any other manner those chelators WILL lead to a higher concentration of mercury in the brain and adrenals over time. NEVER take chelators as an IV. NEVER take chelators in single high dosages. EDTA is not a mercury chelator. It can mobilize and redistribute mercury. It does chelate lead. Some adverse effects reported after chelation IVs and other wrong chelation methods (including DMPS IVs, EDTA IVs, but also infrequent oral high dosages of ALA) are:

(Those are original reports from various online forums) To learn about more dramatic adverse effects specifically after DMPS IVs go to dmpsbackfire.com. To learn how to chelate safely and effectively, join the “Andrew Cutler Chelation Think Tank” group on Facebook or read Andrew Cutler’s book “Amalgam Illness”. Some people do report dramatic improvement after a series of chelation IV treatments only to feel debilitating worsening after the next IV. Dramatic deterioration in health can happen at any point during the treatment. If after learning about the possible risks involved, you are still interested in undergoing RHP / EBOO treatments, there are several clinics which offer the treatment at a relatively affordable price of US$ 85 to US$160 per session. That price may vary with changing currency conversation rates. You will find the addresses and contacts below.

I included the country area code before the phone numbers. Depending on where you’re calling from you might need to add more digits to the numbers. Here is a good website to help you figure out what area codes to dial exactly: http://www.howtocallabroad.com/ . Disclaimer: I’ve never visited any of the clinics listed below. In the Facebook group “Ozone to Health” you will meet people who have and also the director of the “Ozone Treatment Centre” in Malaysia, Dato Irfan Khan.

A great review of Indonasian EBOO clinics by a former patient can be also found on this page:

This is the address of the clinic in Kuta:

Flyer of the Ozone clinic in Bali which offers RHP / EBOO sessions at around US$ 160 per treatment. Picture taken from http://mygurulymedisease.blogspot.de/2013/10/details-for-bali-ozone-clinic.html

Cost of one RHP / EBOO session: around USD 97

Cost of one RHP / EBOO session: around USD 82

One EBOO treatment lasts around 1 hour 15 min, during which around 1,000 ml of blood are ozonated at a concentration of 3 to 5 mcg/ml.

If you know of any other clinic which offers affordable RHP / EBOO treatments, please let us know at thepowerofozone@gmail.com.

LEGAL DISCLAIMER All of the material on this site is intended as educational information only in regards to alternative healthcare options that are available to the healthcare consumer.  The advice on this site are intended solely for informational and educational purposes and are not intended to replace your doctor. The FDA has stated that only medications (drugs) can cure an illness or disease. Please consult a medical professional if you have questions about your health.

Please, check your email and confirm your subscription. Thank you!

This website contains links to vendors of products I endorse, including amazon.com. If you decide to make a purchase through my links, they pay me a small commission. My website is unlike any other product review page you will ever come across: my reviews are not swayed by my affiliate status. I freely express my opinion even at the risk of losing my sponsors.

Any cookies that may not be particularly necessary for the website to function and is used specifically to collect user personal data via analytics, ads, other embedded contents are termed as non-necessary cookies. It is mandatory to procure user consent prior to running these cookies on your website.