Do You Need a Test for G6PD Deficiency Before Ozone Therapy? 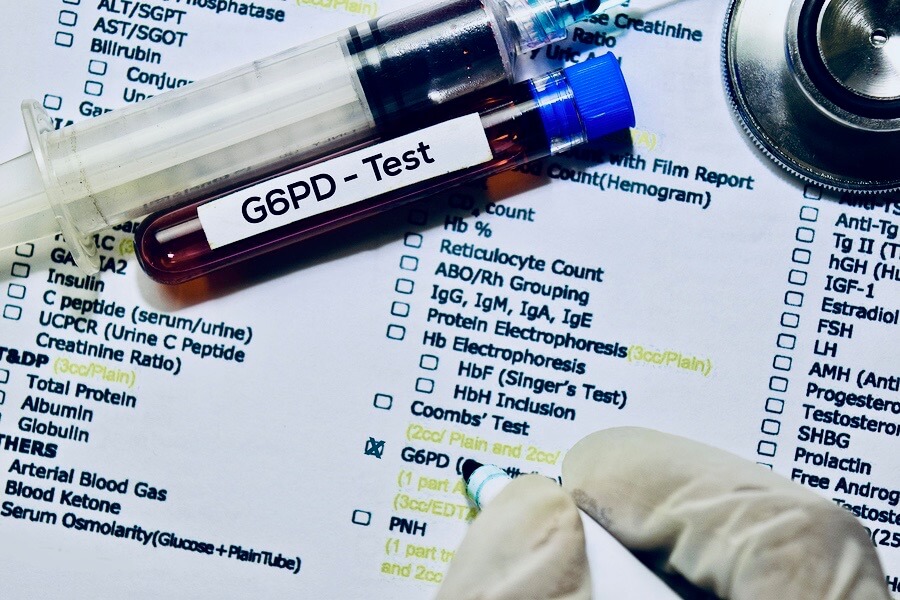 When you go to an ozone clinic to get ozone treatments, you may be asked to provide proof that you don’t have G6PD deficiency before they agree to treat you. Some ozone doctors think that individuals with this genetic condition should not receive ozone therapy. But many doctors believe things for which there is no evidence, so I wanted to know if ozone therapy could indeed be dangerous in cases of G6PD deficiency. Here are the facts:

Based on a recent informal poll among ozone patients, up to 26% of them were asked by their ozone doctors to provide proof that they do not suffer from a G6PD deficiency, although there are no studies which show that ozone therapy is contraindicated for G6PD deficient patients. There is also not a single documented case of ozone therapy having led to hemolysis in a G6PD deficient individual.

So why do some doctors insist on patients doing the test anyway?

Let’s dig into the rabbit hole to find out:

What is G6PD deficiency?

G6PD deficiency is a genetic condition which leads to a lack of the G6PD (glucose-6-phosphate dehydrogenase) enzyme. This molecule regulates the glutathione production in red blood cells and so protects them from damage from oxidative stress. [1]

Certain medications, foods, infections, and even Vitamin C transfusions can cause oxidative stress and lead to hemolytic anemia in G6PD deficient patients. Hemolytic anemia occurs when red blood cells break down faster than the body can make new ones.

Some assume that ozone therapy could be such a trigger as well.

There are over 400 different types of G6PD deficiency and most people don’t have any symptoms.

This condition can be found more among people of  Mediterranean, African, Asian, or Middle Eastern heritage. [2]

Why do some doctors think that people with G6PDD should not do ozone therapy?

That’s because some doctors may have come across the following information:

In 1977 and 1985 two papers appeared which explained why high ozone levels in cities could lead to hemolytic anemia in G6PD deficient individuals.

One of them read:

Since the uncontrolled destruction of red blood cells is the concerning issue in G6PDD individuals, the paper tried to find out if ambient ozone could trigger such a potentially fatal event.

But the study stressed that the idea that breathing ozone may be dangerous to G6PD positive individuals is “entirely theoretical and not currently supported by data.” [4]

The other paper explored the “Estimation of Risk of Glucose 6-Phosphate Dehydrogenase Deficient Red Cells to Ozone and Nitrogen Dioxide” also as air pollutants, not as part of ozone therapy. [3]

“the likelihood that ambient levels of ozone and nitrogen dioxide produce significant oxidant stress in G6PD individuals is very low.”

What may have nevertheless cemented the idea in some ozone practitioners that ozone therapy should not be performed on G6PDD positive individuals, was Prof. Velio Bocci.

Bocci, regarded as one of the top ozone therapy researchers of his time, answered the question whether there were any contraindications for ozone therapy with the following [5]:

“Patients with a significant deficit of G-6PD.”

People with the G6PD deficiency should not receive ozone therapy — Bocci was unequivocal about it.

But what led Bocci to issue this warning?

Are there documented cases of hemolysis after ozone therapy in G6PD deficient individuals?

After scouring the literature I couldn’t find a single case where ozone therapy had led to hemolysis in a G6PD deficient patient.

And Bocci himself pointed out the following:

“A reassuring fact is that after millions of AHT sessions performed in Germany, Austria, Switzerland and Italy, neither serious acute nor chronic side effects, nor an increased cancer incidence has been reported.” [5]

AHT stands for Autohemotherapy and is a form of ozone therapy.

So he was warning against using ozone therapy on G6PDD positive patients although he could not quote a single case where ozone therapy had led to hemolysis in such a case.

Interesting to note may be that Bocci himself was Italian practicing ozone therapy in Italy, a Mediterranean country with a higher occurrence of G6PD deficiencies.

Another curious fact is that ozone therapy has been used increasingly in some of the post populated areas of the world like India, China, Malaysia, and Indonesia – all countries with a higher rate of G6PD deficiency. And yet, not a single case has been reported from those countries of a G6PD patient having reacted with hemolysis to ozone therapy.

What is the explanation for it? Do all ozone doctors in those countries screen their patients really well? How likely is it that doctors in China or India request G6PD tests from their patients before they treat them? Or is it possible that ozone therapy does not pose a danger for G6PD deficient individuals?

So if there were no examples to draw from, what led Bocci to the conclusion that ozone therapy should not be performed in patients with this genetic defect?

Are there studies which prove that ozone therapy is dangerous for G6PD deficient patients?

Studies could not have been the reason why Bocci was against the use of ozone therapy in G6PD deficient patients either since no relevant experiments have been conducted on the subject.

All the studies which have looked into G6PD deficiency as a possible contraindication for ozone therapy, either

Based on those studies extrapolations have been conducted with the known caveats and uncertainties.

But again: none of this has anything remotely to do with ozone therapy.

Pretty solid ones, though.

How could ozone therapy hurt people with G6PD deficiency?

So, hypothetically speaking: IF it was true that ozone therapy could harm individuals with G6PD deficiency, how would that work?

We know that G6PD deficient patients tend to have only 60% to 70% of the glutathione levels of healthy patients [3]. Which is not surprising, since G6PD is needed to produce the antioxidant.

Glutathione is what protects red blood cells from being destroyed by oxidative stress.

Ozone, being an oxidant, is said to trigger a beneficial type of oxidative stress [9]. As part of this process it is known to temporarily lower glutathione levels. [10]

So the idea is that in G6PD deficient patients, who are already low in glutathione, ozone therapy could further lower it and lead to an uncontrolled destruction of red blood cells – the dreaded hemolysis.

In healthy subjects ozone therapy leads to a temporary increase in G6PD production which then increases the glutathione levels, something Bocci described in his book. [5]

In G6PD deficient patients such a ramping up of glutathione production would not work because they can’t produce enough G6PD in the first place. Or at least that’s the assumption.

So the ozone could lead to a dangerous depletion of glutathione levels which could cascade into an uncontrolled hemolytic event.

As it turns out, the idea behind it is sound. It all adds up.

But there are many theories which sound perfectly sensible on paper which then turned out to be completely false in reality. The cholesterol causes heart disease theory is just one of many such examples.

Bottom line is: we don’t know what ozone therapy does in G6PD deficient individuals.

So if you don’t want to take your chances then taking the test may be a good idea. Especially if you belong to a demographic which tends to have a higher incidence of G6PD deficiency. 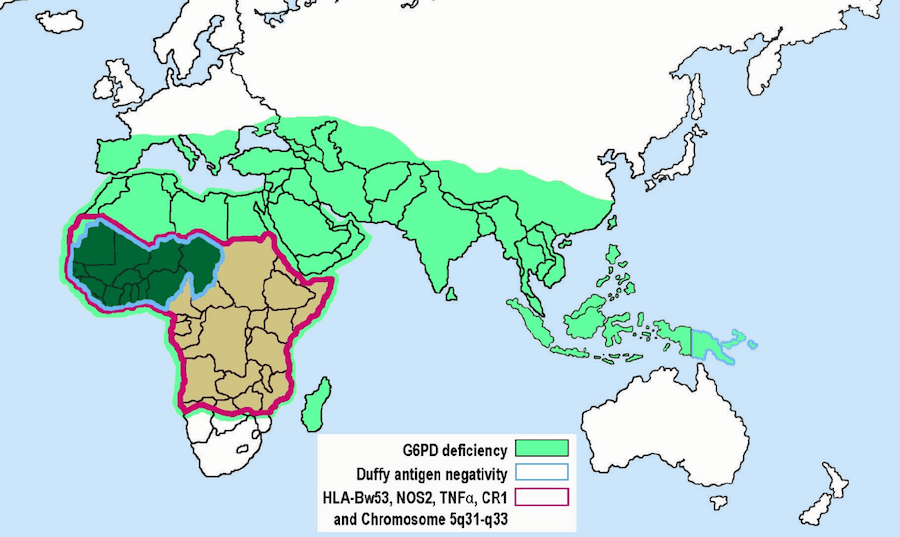 Does the shaking of the blood cause hemolysis during the 10 pass? It appears that way.

​Which G6PD test should you take before doing ozone therapy?

The test measures the amount of G6PD enzymes in the blood. [7] It should not be performed after an acute hemolytic event, otherwise it can render a false normal result.

The test should also not be performed after ingesting certain sulfa drugs, fava beans, or after a blood transfusion. [8] All those factors could skew the results.

Were you asked to provide a G6PD test before you did ozone therapy? I’m DYING to know. Leave a comment below.

[4] Ozone: a possible cause of hemolytic anemia in glucose-6-phosphate dehydrogenase deficient individuals, 1977 https://www.ncbi.nlm.nih.gov/pubmed/846014

[9] Mechanisms of Action Involved in Ozone Therapy: Is healing induced via a mild oxidative stress? https://medicalgasresearch.biomedcentral.com/articles/10.1186/2045-9912-1-29

Five Ways to Get the Most Out Of Ozone Therapy

How to Get the Benefits of Ozone Therapy for $100 or Less?

What is the Most Effective Ozone Treatment?

Any cookies that may not be particularly necessary for the website to function and is used specifically to collect user personal data via analytics, ads, other embedded contents are termed as non-necessary cookies. It is mandatory to procure user consent prior to running these cookies on your website.