Is It Safe to Use an Oxygen Concentrator for Ozone Therapy? 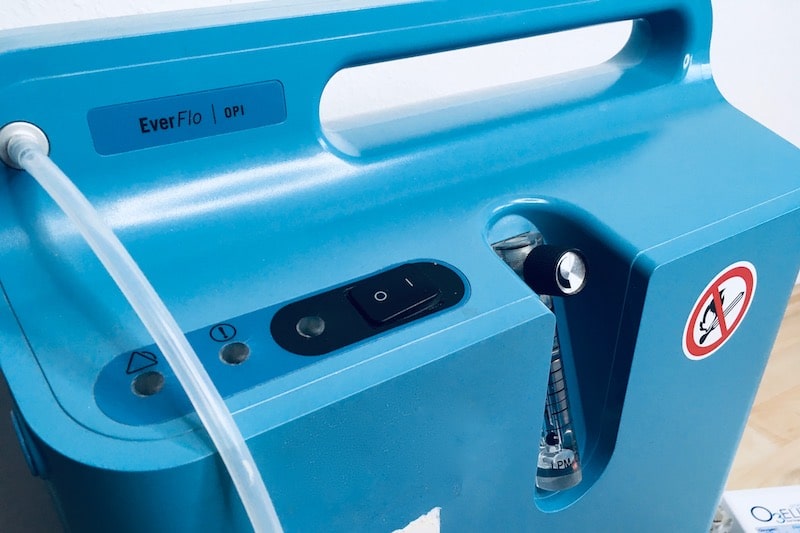 After contacting manufacturers of oxygen concentrators I found out the following: most oxygen concentrators produce more than 90% pure oxygen, with the rest being argon, CO2, and not more than 5% nitrogen. Additionally, I found studies which show that nitric oxide has therapeutical properties and that nitrogen dioxide is safe to breathe at multiple times the highest measured inner city levels.

Here are the details of my research:

How pure is the oxygen that an oxygen concentrator produces?

Oxygen concentrators take in the ambient air which is made out of roughly 79% nitrogen and 20% oxygen. The air is pressed through filters which reduce the nitrogen content and increase the oxygen part.

Continuous flow oxygen concentrators produce oxygen of 87% to 97% purity. They are fit for ozone therapy.

The oxygen purity of portable oxygen concentrators can go as low as 40%. These machines should not be used for ozone therapy. 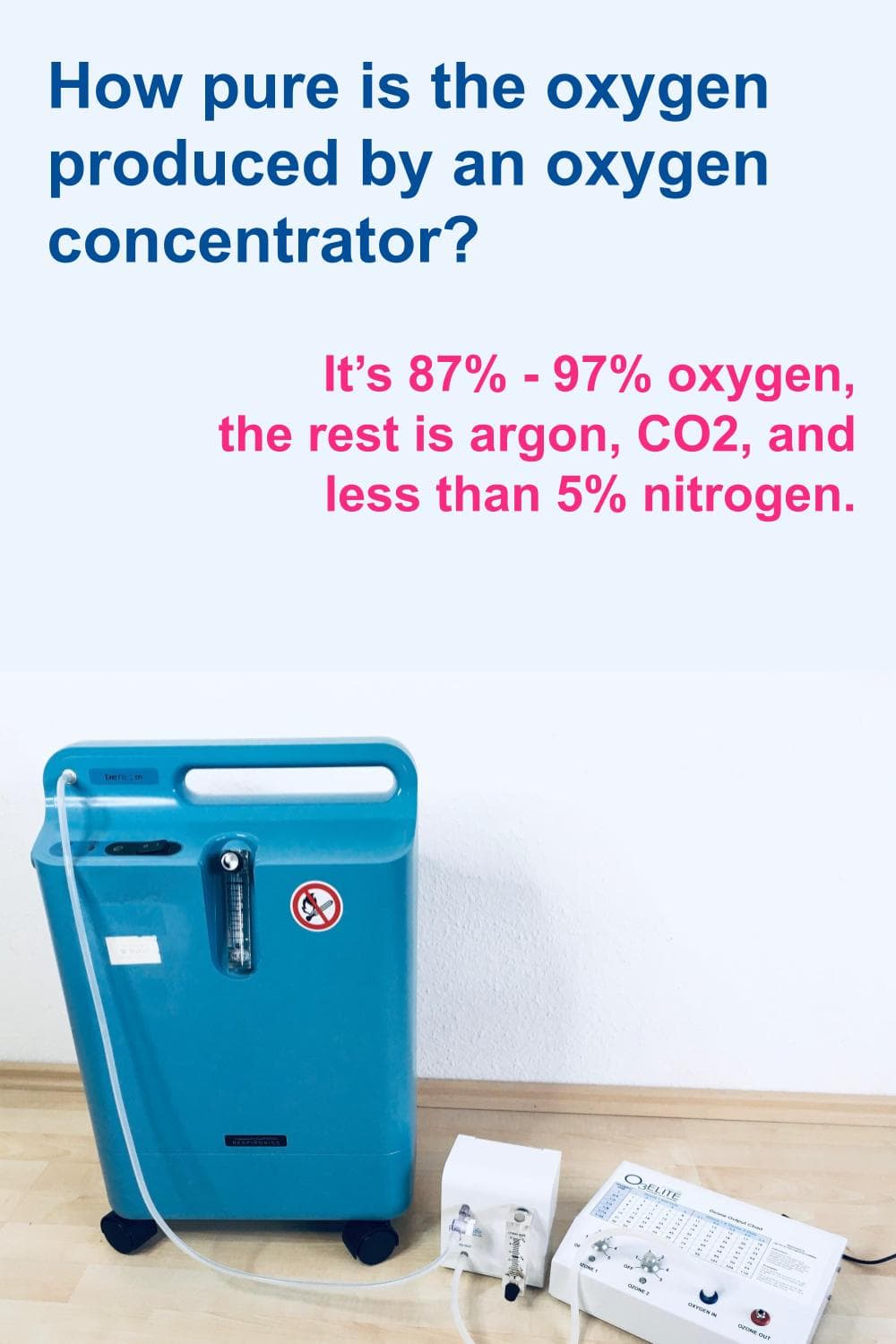 What are the remaining gasses that come out of an oxygen concentrator?

In order to find out the composition of the gas that comes out of oxygen concentrators, I asked three different manufacturers.

Two of them answered.

The other manufacturer said that it’s a mix of argon, CO2, and nitrogen of not more than 5%.

Nitrogen makes up 80% of our atmosphere and is also a non-toxic, colorless gas. [5]

I deliver original research which is unique in the industry. Subscribe to my newsletter to stay up to date.

Which nitrogen byproducts are produced by oxygen concentrators hooked up to ozone generators?

When nitrogen is exposed to oxygen and/or ozone the following two types of potentially problematic nitrogen byproducts can emerge:

Nitrogen oxides (NOx): those are all the molecules which contain at least one nitrogen and at least one oxygen molecule. The most discussed ones are nitrogen dioxide (NO2) and nitric oxide (NO). [38]

Nitric acid is another potentially problematic molecule. It is a combination of nitrogen, hydrogen and three oxygen atoms: NHO3.

What is the main source of nitrogen oxides?

Given that nitrogen and oxygen are two of the most abundant molecules in our atmosphere, I asked myself if their combinations, the nitrogen oxides, ever occur in nature.

As it turns out, yes they do. As a matter of fact most of the nitrogen oxides in the air stem from natural sources.

According to an estimate of the World Health Organization NOx make up between 0.0000005 and 0.00000002% of our atmosphere [6]. Around 95% of these are produced by natural sources such as biological processes in soil and water, trees, bushes, grasses, yeasts, lightning, volcanic eruptions or forest fires [6] [7] [8].

Only 5% to 10% of nitrogen oxides in our atmosphere are produced by humans.

If soil, trees, and bushes produce most of the nitrogen oxides that exist, how dangerous are they really? Does it mean that a walk in the park could be bad for my health? 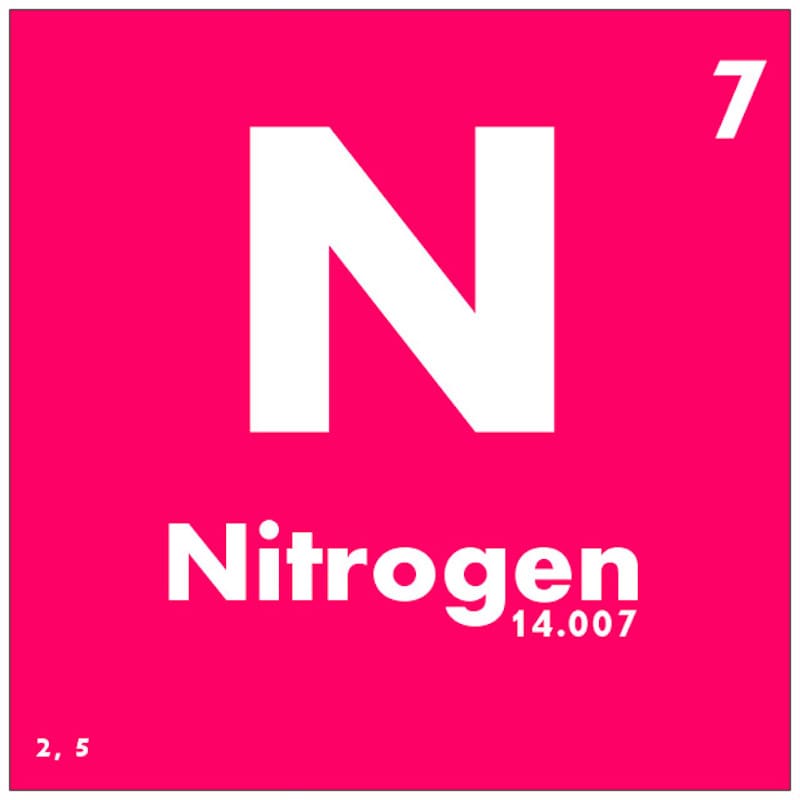 NOx have been linked to various health problems, but so has cholesterol, a connection which has been debunked later on. [39]

So, a link could just mean that there are many epidemiological studies but no real research.

In order to find out how dangerous nitrogen oxides really are, I went back to the original studies.

It appears that nitric oxide (NO) is generally regarded as non-problematic and has been even deemed safe and therapeutical for the treatment of respiratory issues in infants [9] [22] [25] or to treat pain in patients with sickle cell disease [10].

Nitrogen dioxide is regarded as the main offender and the molecule which has been mostly linked to respiratory issues.

I wanted to find the highest quality studies on the topic, so I looked on pubmed for randomized, placebo-controlled studies on humans.

Here is what I found:

Randomized, placebo-controlled studies with nitrogen dioxide and its impact on humans

A randomized, double-blind, crossover study came to the conclusion that the inhalation of nitrogen dioxide at 4ppm (so between around 20 to 60 times the highest measured NO2 levels in cities) “does not impair vascular vasomotor or fibrinolytic function. Nitrogen dioxide does not appear to be a major arbiter of the adverse cardiovascular effects of air pollution.” [11]

A randomized controlled trial on coronary heart disease patients with NO2 amounts of 2 to 6 times the highest urban levels showed that NO2 did “not affect heart rate variability”. Conclusion of the researchers: “While a synergistic effect has not been ruled out, these data lend support to the idea that the epidemiological data associating cardiac outcomes with NO(2) are more likely due to an associated pollutant rather than NO(2) itself.” [12]

During a controlled, double blind crossover study on patients with asthma and chronic obstructive pulmonary disease (COPD) the study participants were exposed to 0.3 ppm, so up to 4 times the maximum daily measured levels of NO2. Result: “No significant symptomatic or physiologic responses to nitrogen dioxide could be detected in either the young or the elderly control group”. [13]

After exposing study participants to 2 ppm of nitrogen dioxide, which is around 30 times the maximum measured levels in inner cities, a double-blind randomized study found “No significant changes were noted in the lung function tests after NO2 exposure.” [14]

Study participants with moderate to severe asthma were subjected to 0.3 to 0.6 ppm of NO2 for 2 hours per day. The researchers did not find any meaningful negative results, if there were any, they concluded, it was “not likely caused by NO2”. [15]

Another study took twenty-five subjects and exposed them for 3 h to NO2 concentrations of up to 1.5 ppm for 4 weeks. Results: “These results do not suggest a considerable acute adverse response in human subjects after 3 h of exposure to NO2 in the NO2 concentration range investigated in this study.” [35]

A study from 1981 exposed humans to either air containing NO2 or unpolluted air. The conclusion “No significant change in baseline SRaw or in the response to antigen was observed after NO2 exposure.” [36]

15 asthmatics and 15 non-asthmatics were exposed to either NO2 at 0.1 ppm or to air. The findings showed that “0.1 ppm NO2 exposure for 1 h without exercise had no demonstrable airways effects in either young atopic asthmatics with mild disease or young normal subjects.” [37]

These interventional studies clearly demonstrate that nitrogen dioxide is safe for humans at multiple times the daily amounts found in the most polluted cities.

The other potentially problematic gas is nitric acid, or NHO3, which is a very corrosive nitrogen based molecule. [34]

In order to find out whether using oxygen concentrators for ozone therapy can lead to the production of nitric acid, I contacted several companies which produce large scale air-fed ozone generators.

Joel Leusing from Oxidation Technologies answered my email. He explained that nitric acid is only produced when the feed gas which goes into the ozone generator contains moisture and nitrogen.

Even if there was moisture in the feed gas, the occurrence of NHO3 is minimal and he says “will not affect the water in any measurable amount.  However, HNO3 production within the ozone generator and piping will cause reliability problems very quickly, within weeks, or days of operation.” 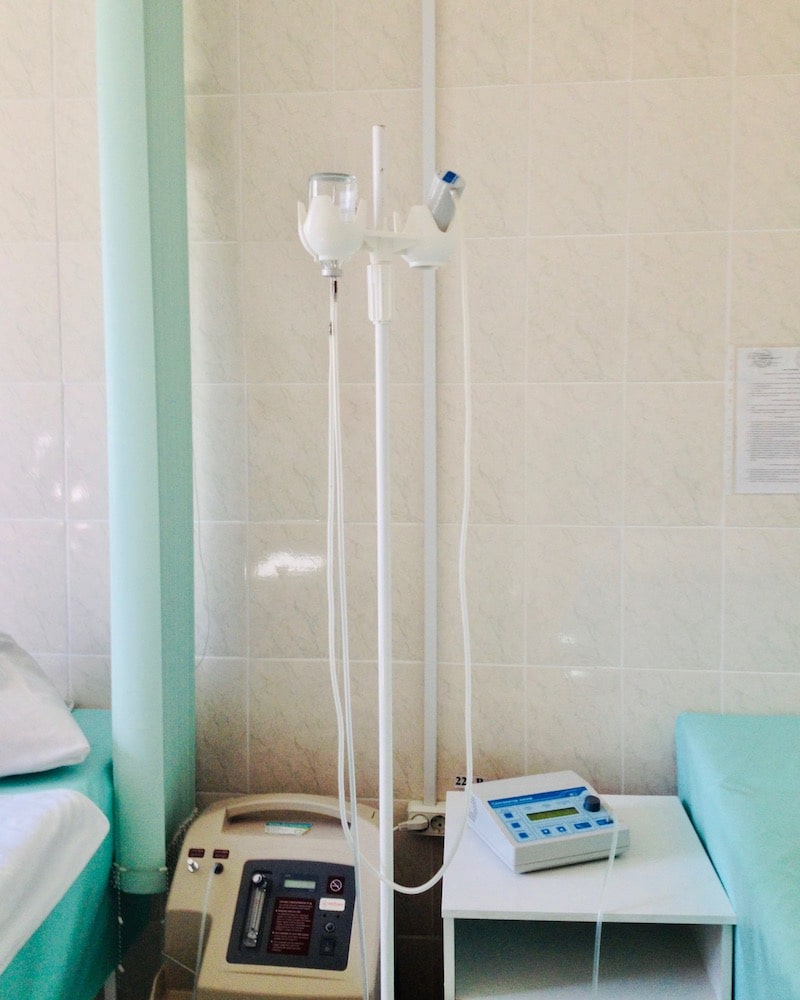 An Invacare oxygen concentrator is hooked up to a Russian ozone generator. This is the equipment which was used for ozonated saline IVs at the State Medical Academy in Nizhny Novgorod.

Is it safe to use an oxygen concentrator for ozone therapy?

After all my research and after talking to industry insiders, I've come to the conclusion that I don't need to be concerned about using my oxygen concentrator for ozone treatments at home like ozonating my water, insufflations, or the ozone sauna.

As a side note: when participating in an ozone therapy course in Nizhny Novgorod, Russia, the medical doctors only used oxygen concentrators as the oxygen source.

What I've also learned: when using an air-fed ozone generator to for example ozonate water, it's important to hook up an air-dryer.

Which type oxygen source do you use? Let me know below!