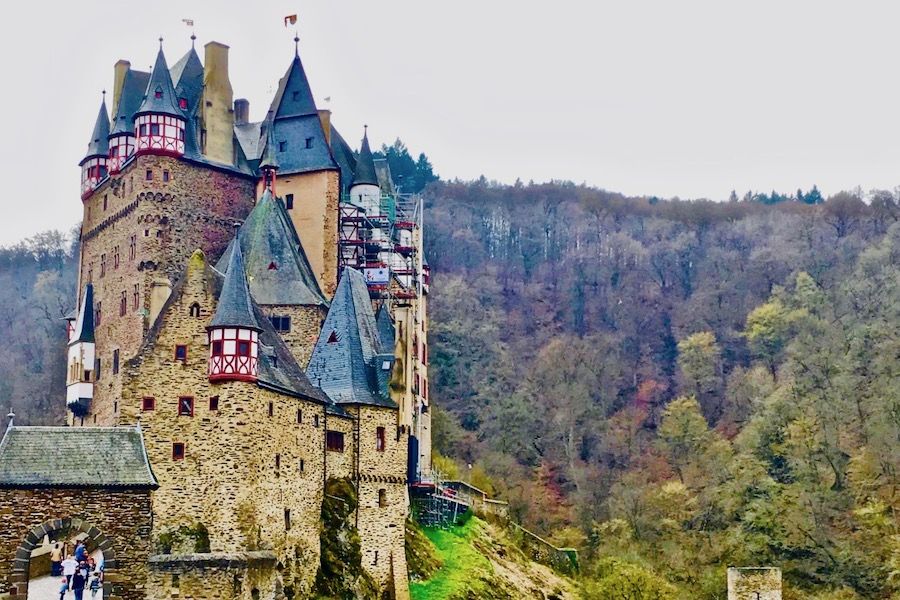 ​As a German alternative health care provider living in Germany and having worked for a former ozone doctor here, I am often amused about the many misconceptions people in other parts of the world have about the use of ozone therapy in this country. Allow me to clarify:

Ozone therapy in Germany is officially regarded as a scientifically unproven method. It is neither covered by state mandated health insurance nor is it used in pre- or post surgery. No German ambulances have ever been equipped with ozone generators.

Germany is sometimes considered to be the birth place of ozone therapy. Some of the earliest therapeutical applications with ozone were performed by German doctors. [2] To this day, there are thousands of medical professionals in Germany who use ozone therapy. But there are also many misconstructions about its popularity in this country.

Let's dig into this and separate fact from fiction:

​Is ozone therapy “standard of care” in Germany?

“The benefits, necessity and economy of ozone therapy have not been proven.”[1]

Since then nothing has changed in regards to ozone therapy's legal standing.

But it's mainly offered as a private service for which patients have to pay out of pocket, or for which they need to take out an additional private insurance plan.

There is a number of alternative health care approaches which have a better legal standing than ozone therapy and are, at least partially, covered by state mandated health insurance providers. Among them are homeopathy, acupuncture, physiotherapy, and cranio-sacral therapy.

So, although German physicians tend to be more open to alternative treatments, the idea that ozone therapy is standard of care in Germany is pure fiction.

Is ozone therapy in Germany used before surgery?

Another popular idea about Germany is that it is used before and after surgery as a standard treatment.

Fact is, that there is probably not a single public hospital in Germany which even owns a medical ozone generator.

Since ozone therapy is regarded as a scientifically unproven method, such a thing would be considered highly experimental and could have serious legal repercussions for the doctor.

So, this is another widely believed fantasy about Germany which has nothing to do with reality.

Are there ozone generators in German ambulances?

Here is what Dr. Frank Naujoks, a German ER doctor, had to say on the matter when I asked him about it:

In Germany, the equipment of an ambulance is regulated by the European standard EN 1789.

Rescue services in Germany are legally regulated by the state.

We carry two 10-liter oxygen cylinders with 200 bar pressure each in an ambulance. This is “normal” medical oxygen (O2).

Ozone therapy is not a recognized conventional medical method in Germany.

Thus, there were and are no ambulances in Germany that are equipped with an ozone generator.

I am also not aware of any plans to introduce this method in preclinical emergency medicine.”

I hope that his statement will serve as a solid nail in the coffin of this widely circulating myth. 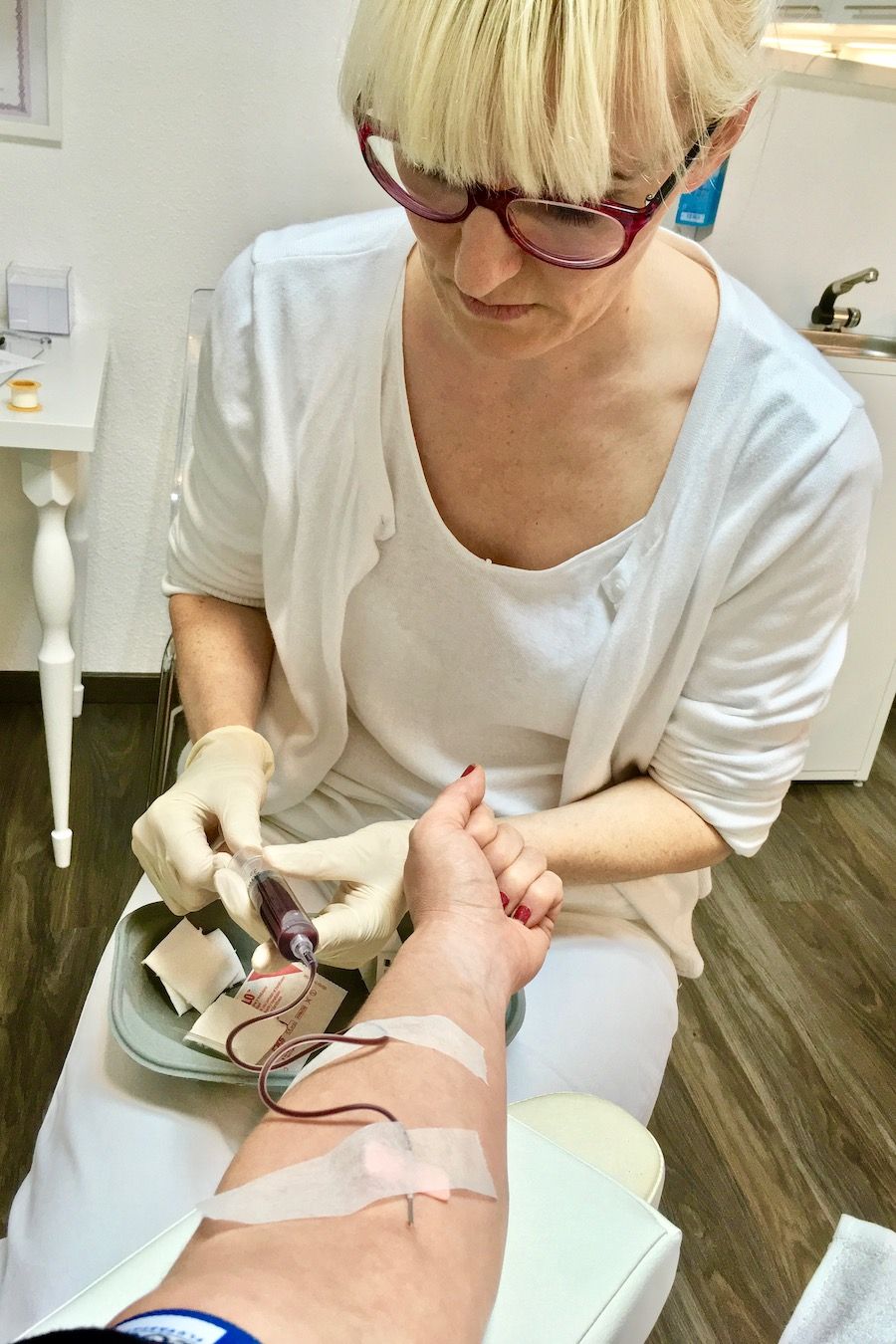 This is me drawing a patient's blood to perform a PRP treatment with ozone in my former practice which I had to abandon due to my neck problems. During my work, I was often surprised how few Germans had heard about ozone therapy.

How popular is ozone therapy in Germany?

Having had a practice in the past where I used to offer ozone treatments, I was always surprised how obscure ozone therapy was among my German patients.

I estimate that around 1 out of 10 ever heard about it.

Although there are probably several thousand doctors and naturopaths who regularly use ozone therapy in Germany, they rarely advertise it, in accordance with strict regulations which stifle a healthy competition.

When I visit the Facebook comments section of Italian ozone doctors, I’m amazed at the flood of Italians reporting positive outcomes after ozone treatments.

I rarely see anything similar on a German doctor's page.

The reason for this may be that the way ozone therapy is practiced in Germany is less enthusiastic and with less conviction than in Italy or the USA.

So, for example one of the most effective ozone treatments are joint injections, which are virtually unheard of in Germany. But they are widely used in Italy and North America.

And that although one of the best books on the subject was written by a practitioner from Germany, Dr. Fahmy [9]. And yet, it is nearly impossible to find a medical doctor in this country who would inject ozone into joints.

The same is true for the 10 pass. Very few German doctors use this method.

When it comes to ozone therapy, the majority of practitioners in Germany tend to be very conservative and mostly follow the “low dose” concept as recommended by Renate Viebahn. [8]

Are there clinics in Germany which use ozone therapy?

There are a number of private clinics in Germany which offer ozone treatments. They mostly cater to clients from oversees, like Australia, Great Britain, and the USA.

They offer package deals for certain conditions which need to be paid upfront and can amount to tens of thousands of dollars.

Since ozone therapy is widely available, most Germans probably prefer to be treated by their local doctor than visiting costly private clinics which are not covered by their insurance.

Germany had lower mortality rates from Covid-19 than USA, UK, France, or Italy. Given that they counted deaths from Covid-19 even without positive test outcomes, the credibility of the statistics is highly questionable. Just like in most other countries.

​Is ozone therapy the reason for the low Covid-19 mortality rate in Germany?

Germany had, when compared with other countries, a relatively low mortality rate among Coronavirus infected patients. [3]

Some speculate that this was because of wide use of ozone therapy.

This is unfortunately not true.

Having been present in Germany during the outbreak and having read the news, I can attest to the fact that at no point was ozone therapy discussed as a possible treatment against the virus among German medical authorities.

Unlike in Italy, Spain, China, Iran, there were no hospitals which conducted clinical studies, no one called for the use of ozone in Covid-19 cases, nor did any doctors promote its use. [6] [7]

It’s possible that single, renegade doctors were treating their Coronavirus patients with ozone therapy, just as it happened in the USA, Mexico, Peru, Ecuador, Turkey, and other countries, as I reported earlier.

But if that was the case, then not a single one of them came forward and announced what they were doing.

So what was the explanation for the relatively low mortality rate?

Most likely capitalism. [4] German manufacturers of Covid-19 tests didn't face the same stifling regulations as manufacturers in the US for example [10]. So there was never a shortage of test kits, consequently more people were tested which resulted in an overall lower death rate.

And this although according to the Robert-Koch-Institute (which is the German equivalent of the CDC), Germany had a similarly curious policy to record Coronavirus fatalities like Spain, Italy, the UK, and the USA: alone the suspicion of a Covid-19 infection was enough to count it as a Covid-19 death, even if no actual test was ever performed. [5]

[7] Ozone Therapy in the Prevention of COVID-19 Infection

Don't be a German and stop messing around with low dose, low effect ozone treatments. Let me show you how it's done so that you will see results.

How to Do Intramuscular Ozone Injections?